Being injured always sucks. But I can’t help feeling it’s even harder when you’re a coach, because you feel as though you should be immune. Surely, if you know so much about running, you never make training errors or run with anything other than textbook-perfect form? Ha ha. We’re only human, of course. Our bodies are no more machines than are those of our clients. But it does shake your confidence when you can’t do the very thing that you’re teaching and supporting others to do.

When I recommenced running after a week’s recovery post-Brighton marathon, my right knee started to niggle, getting progressively worse over the course of the week to the point where even walking was painful. It was frustrating – I’d been seized by that ‘just let off the leash’ feeling after the discipline of marathon training, and was looking forward to pottering through the woods and tearing up the track in equal measure.  But there I was, grounded.

One thing I could do as a coach, however, was be a good role model and act how I would advise others to in my situation. OK, I’ll admit it took me a week to get my head around this, but after a flurry of ‘panic’ activities (including a course of anti-inflammatories, a knee brace, regular applications of ice) I stopped running completely, endeavoured to avoid anything that irritated it (which turned out to include both cycling or swimming) and waited for my body to do its healing thing. Oh, and I went to see a physio.

While logic suggested that my knee was ‘a bit angry’ after the rigours of the marathon and wasn’t ready to get back to the day job yet, the less-rational side of my brain was conjuring up serious issues like worn cartilage, ligament damage or tendinopathy that would put me out of action for months or even spell the end of my running career. With such a powerful psychological component to pain (and studies showing that stressing about pain actually makes it feel worse), it was really important to me to have a professional assessment. Being able to rule out these more sinister possibilities was enough to put my mind at rest and allow me to focus on building strength in my quads and glutes while it settled.

“Try not to ‘helicopter parent’ your injured part too much”

It now has, and I’m gradually building up my running again. For anyone else returning from injury, I’d recommend trying not to ‘helicopter parent’ your injured part too much. After having suffered some pain there, you are going to be super-sensitive for a while and even the tiniest twinge can be magnified in your mind. Sure, don’t ignore pain, but ask yourself how you’d score it on a scale of 1 to 5. If it’s a 1 or 2, you’re probably fine to carry on.  I’ve found that smiling – and looking at the scenery – helps keep me distracted from worrying about it too much.

During my ‘off’ time, I took the opportunity to read up and refresh my knowledge on strength and conditioning and gait retraining and I’ve learned some useful new stuff, which I’ll be weaving into my Run Better workshop. You could call that a silver lining, but I’m far too cautious for that! 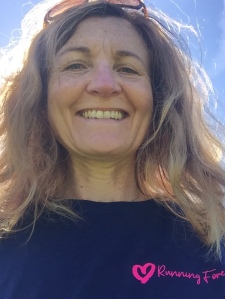 One thought on “Do as I do: why listening to your own advice isn’t always easy”