Whether it’s EPO, caffeine or compression socks, what we believe affects our performance probably does…

Oh sorry, were you expecting a punchline? I’m afraid it’s my reflections on the blurry line between something that science says improves performance (an ergogenic aid) and a placebo (something that shouldn’t, but does).

I’m one of those people who considers the fruits of scientific research to be the bedrock of improving athletic performance, so studies like this recent offering from the University of Sao Paulo University are a useful but disconcerting reminder that that how the body responds to any stimulus cannot be separated from how the mind responds.

The Brazilian study looked at the effects of caffeine ingestion on performance in two cycling tests, compared to a control condition without caffeine. But here’s the thing: unbeknown to the subjects, the caffeine in the second trial was bogus and therefore could not exert any ergogenic (performance-enhancing) effect. So what happened in the three trials? Time to exhaustion and rate of perceived exertion (how hard the cyclists felt they worked) in both the real caffeine trial and the sham caffeine trial were better than in the control trial and barely different from each other. In other words, just thinking they’d had caffeine enabled the subjects to cycle harder, whether they had or not.

It was only a small study, admittedly, but it did remind me of an evening when I drank a cup of coffee shortly before bedtime, having been assured it was decaf, and went on to sleep soundly – only to be told by my host the next morning that I’d been Java-powered. A sort of reverse placebo effect… And that, in turn, reminded me of the time I got rather tipsy at a party, only to discover that I had been supping non-alcoholic beer all evening.

It demonstrates how powerfully our beliefs effect our reality – and, when it comes to running, performance. In 2015, researchers at the University of Glasgow recruited a group of runners to test a new drug purporting to mimic the endurance-boosting effects of the banned drug EPO. The runners took part in a 3km race and then injected the substance daily for seven days before repeating the 3km race. Not only did their performance improve by 1.2 per cent – 9.7 seconds (the equivalent of around two minutes off a marathon time), their perception of effort was lower and they recovered faster. Impressive stuff: especially when you learn that the ‘drug’ was actually a harmless saline solution.

In other research, exercisers bounced back from an intense workout after bathing for 15 minutes in lukewarm water containing a special ‘recovery oil.’ Their recovery – gauged by pain levels, leg strength and readiness to exercise again – was significantly faster than a control group who bathed in plain warm water.

The fact that the mind can exert such a strong influence over the body through the courage of its convictions throws into question how much sway scientific research should hold over what we do, or don’t do, in our efforts to run and recover faster. It certainly suggests there is a Tinker Bell element to it – you have to believe in the pills, potions and practices you invest in to run better and consider ditching the ones that, deep down, you don’t think play any role in aiding performance.

And that brings me to one final study to share, regarding the thorny issue of whether stretching is important or not for runners. The researchers found that when half a group of committed stretchers were instructed not to stretch before their runs for 16 weeks, they suffered more injuries than their peers who continued to stretch. Conversely, half of a group of non-stretchers were asked to stretch pre-run for the same period while their fellow stretch shirkers carried on as usual. Once again, it was those who were asked to act in a way that did not fit with their beliefs that got the most injuries.

What was on trial in this study wasn’t stretching at all, but what we believe about it. And that leads me to conclude that perhaps the biggest ergogenic aid of all is the one we already have – sitting between our ears. 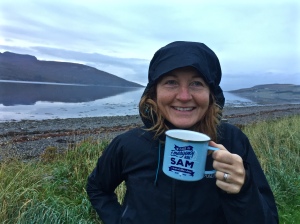